A breath-taking skyscraper.  The Blade, Manchester will become one of the city’s most in-demand addresses

An icon at the heart of Manchester’s skyscraper district – The Blade sits within the Great Jackson Street framework – one of the city’s most highly-anticipated new districts.

With 52 storeys, The Blade boasts spectacular views across the city.  It’s been designed to exceed expectations of modern city centre living with stunning one, two & three-bedroom residential apartments, lux apartments and penthouses.

These residences are complemented by a plethora of premium amenities including: state-of-the-art gymnasium, a fitness-class  studio, residents-only sauna/steam room, premium live/work lounge, and private dining room, rooftop terrace located on the podium level and a picturesque community park on the ground level of the building.

Manchester, ranked the number one city to live in the UK by The Economist’s ‘Global Liveability Index’.

With 2.73m people in Greater Manchester, it is making it the UK’s fastest growing economy, with expected GVA of £23billion by 2030.

Manchester boasts the largest student population in Europe with over 100,000 students.  And thanks to the city’s constant investment and regeneration, it has the largest gain in graduates of all UK cities (with the exception of London) with career progression being the main factor.

It’s also home to the largest number of foreign direct investment projects of any UK city outside London.

A breath-taking 52 storeys of one, two & three-bedroom residential apartments, lux apartments and penthouses

Invest in Manchester's New Skyscraper District - one of the city’s most highly-anticipated new neighbourhoods. 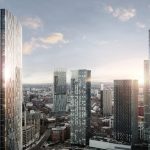 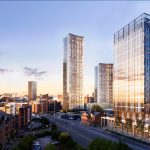 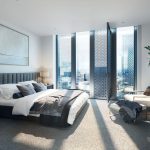 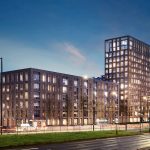 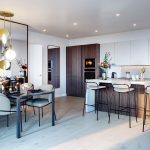 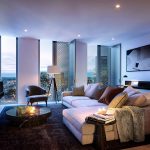