A Bit about Birmingham

Birmingham is home to many attractions and amenities that put it on the map as a major European city. The Hippodrome theatre is the most visited theatres in the UK with a regular annual attendance of over 600,000. The Jewellery Quarter is very affluent and where 40% of the UK’s jewellery is produced, Birmingham also has the largest public library in Europe. In addition to this Birmingham hosts a variety of events and festivals. This year the most prominent is the 2022 Commonwealth Games.

Birmingham is one of the greenest cities in the country. It has around 800 acres of woodland, 600 parks and numerous open spaces dotted around the city. In addition to this Birmingham is home to about 100 miles of canals, which is more than Venice! Birmingham also holds its own when it comes to the art of fine dining, the city boasts the most Michelin star restaurants in the UK outside of London. 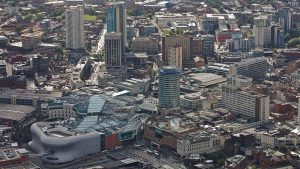 Supply and demand is always important when choosing to invest. This is never more true than in property. It is also important to know how easy getting a tenant will be. This will also be a good indicator for how well the housing market will perform as whole. In general, more demand means higher competition, higher rents and higher price increases. A report by JLL Property Consultants suggests Birmingham could miss its government target of 1.5 million new homes by 2026. JLL predict the target could be missed by as much as 33%. This means there will magnify the demand and further drive rent values and house prices and can only support the investment case.

Another important factor when deciding if a location is viable for property investment is the local economy. This will be a strong indicator of what local economic facts will affect property prices and the rental market. It is true that economic growth in the city has slowed somewhat, mostly due to the economic effects of the pandemic, however it is still growing and is forecast to perform well this year in terms of economic growth, which can only bode well for Birmingham property investment.

The UK Powerhouse study by Irwin Mitchell and the CEBR looked at the 50 largest local economies by Gross Value Added (GVA) growth and employment. Birmingham performed well by these criteria coming ninth and eighth respectively. Birmingham’s GVA was estimated to be £14,300 Million and to have risen by 7.5% in Q3 of 2021 and employment to have increased by 3.9% between the end of 2020 and 2021 an increase of 637,300 people in real terms.

To put these statistics into context, the greatest increase in GVA was in Southampton, which increased by 9.2% but with only an overall GVA of £7300 Million, and the top of the table for increase in employment was Oxford with a 6.1% rise but only with an increase of 145,700 people. Birmingham’s economy is expected to grow by at least £500 million by the end of 2023. It is not surprising that Birmingham did not top the table in terms of percentage increase, but it is surprising how well it performed by these criteria considering the size of Birmingham’s economy and population.

The trend of economic growth indicated by these statistics is set to continue in part due to there being more non-covid related health services and educational services continuing to increase post-vaccine as one of the biggest sectors of employment in Birmingham is the Education and Health services sector. There is also the retail sector to consider as shops have opened and continue to be open post-vaccine. Another factor is a resolution to the global shortage on supplies within the automobile industry which is another major industry sector in Birmingham. A strong economy means higher employment with more people being able to afford higher rents and property prices. All this makes Birmingham property investment all the more viable. 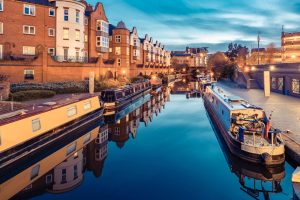 There are also the various regeneration projects to consider when assessing Birmingham as a potential place to invest.

With increased travel links, increased employment and increase to property prices in areas of regeneration, plus the private investment that regeneration projects attracts, it is safe to say that such works are only going to have a positive effect on Birmingham’s property market. 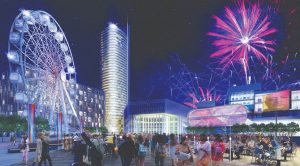 Hosting the commonwealth games also has an effect on a local economy. A report analysing the effect that the Commonwealth Games has on a host city since Manchester 2002. The headline finding is that there has been an economic increase of at least £1 billion for previous host cities.

Hosting the games has seen an increase in GDP of between £0.8 billion and £1.2 billion in the UK. For every game-related pound spent by local government it attracted £2.7 (Manchester) and £3 (Glasgow) from the government.

The games have generated around 20,000 full time equivalent jobs before, during and after each games. There is also the boost to tourism that hosting the games provides; the report concluded that hosting the games meant an increase of up to 25% in tourism in the three years after the games, and investments and trade business of up to £400 million to the host city.

There are also secondary environmental and social benefits. The host city is given massive global publicity with an audience of between 1 and 1.5 billion people. As a result of the showing of the host city to the world it is displaying its economic profile, that it is a place that people want to live and work in. It also showcases the economic and social regeneration that it has had prior to the games; the host city has prepared for this showcase; this preparation acts as a starter for future investment.  It also strengthens trade with the rest of the world, especially countries in the commonwealth. The games also promote sporting participation in the host city. It also contributes to a sense of community that is beneficial to the quality of life of its inhabitants. All this is encouraging both for the Birmingham economy and for its property market. 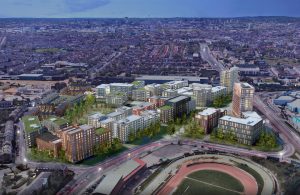 There is a great short-term let market in Birmingham with there being around 34million visitors. This was pre pandemic so figures during the pandemic are less. As the situation returns to normal post-vaccine, there is every hope that the number of visitors will reach pre-pandemic numbers. Especially  with the return of public events, such as the Commonwealth Games.

There is also the student-let section Birmingham’s property market There is a thriving student community in Birmingham. There are 8 universities in the city with around 80,000 students residing in the city.

The  strong short let and student market in Birmingham only increases the viability of Birmingham’s property market as a serious contender as to where to invest your money. The flexibility of the market can only mean good things for Birmingham property investment. In summary, with its large economy and population set to grow, Birmingham house prices and rental yields set to increase. This, as well as its strong rental market, makes Birmingham property investment a real contender for investors.

See our Latest Developments in Birmingham

Click the images below to see our latest developments in Birmingham: 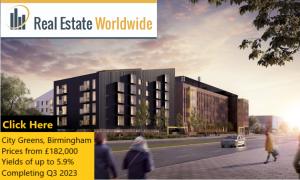 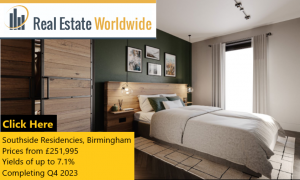 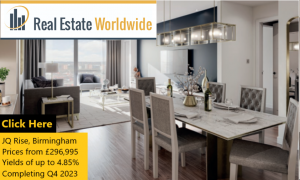 The Business Desk – Another Interesting Piece on the Bristol Economy

The HBF/Lichfield Report on Demand for Housing

Value Framework Report on Effect of Hosting the Commonwealth Games